The 5th edition of ‘Encyclopedia of Achievements of Qatar’ documents achievements of ministries, institutions, and private companies.

The forum of the achievement of Qatar in 2021 was held under the theme ‘Achievement, Projects, and Success’. The event was attended by officials and representatives from ministries, national institutions, and private companies. Sheikh Khalifa bin Jassim bin Mohammed Al Thani honored over 20 partners and sponsors from ministries, companies, institutions, and individuals who participated in the event

“During the past two years, despite the COVID-19 pandemic that hit the entire world, the country has witnessed huge achievements at various levels in public and private sectors making a qualitative leap,” said Al Harami. Through the forum, he said: “We honor a number
of entities that have made achievements and supported in launching the ‘Encyclopedia of Achievements of Qatar 2021’ recognizing their contributions in the development of the country.” 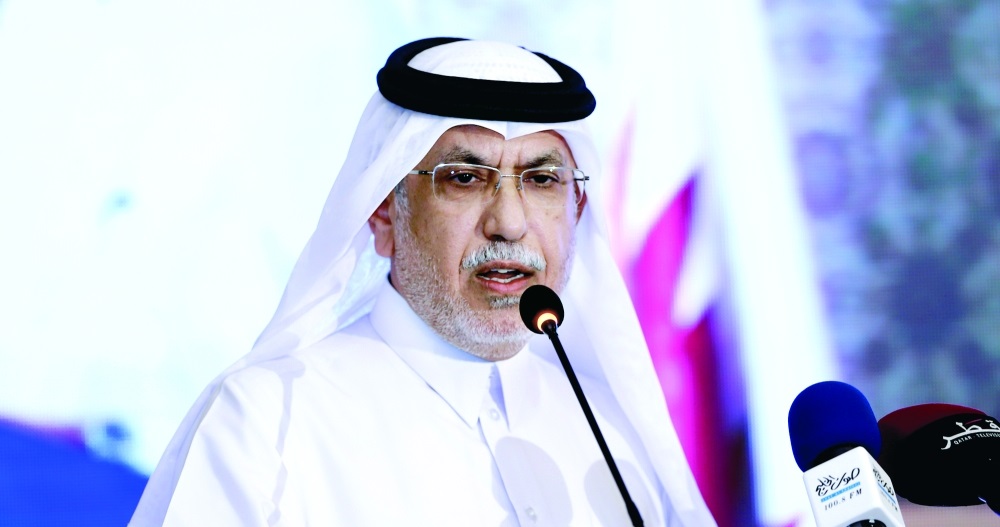 He thanked the Chairman of Qatar Chamber for his generous support for the forum and for all the events and activities of Dar Al Sharq. “We received tremendous support from our partners and sponsors of this forum, which is clear evidence of the extent to which these parties believe in the importance of working together to support and document the march of achievements, and strive towards building integrative partnerships,” said Al Harami.

Chairman of Qatar Chamber Sheikh Khalifa bin Jassim bin Mohammed Al Thani in the presence of Deputy CEO of Dar Al Sharq Group honored several entities for their support to the forum and the encyclopedia.

Ministry of Health, Public Works Authority (Ashghal), Ministry of Transport and Qatar Insurance Company were also honored for their contribution and support to the development of the country. Director of Public Relations and Communication at Ashghal Abdullah Saad Al Saad appreciated efforts made by Dar Al Sharq in publishing the ‘Encyclopedia of Achievements of Qatar 2021’.
The session entitled ‘Achievements, Projects and Successes’ was moderated by a journalist Ahmed Al Saadi, with the participation of Public Works Authority’s Roads Projects Department, represented by Eng Hamad Al Badr; Supreme Committee for Delivery and Legacy (SC), represented by Eng. Muhammad Al Atwan and Nasser Marzouq Al Marri, Director of the Legal Affairs Department of National Human Rights Committee.